The sky is falling: Majok has ties to Nochimson

Share All sharing options for: The sky is falling: Majok has ties to Nochimson 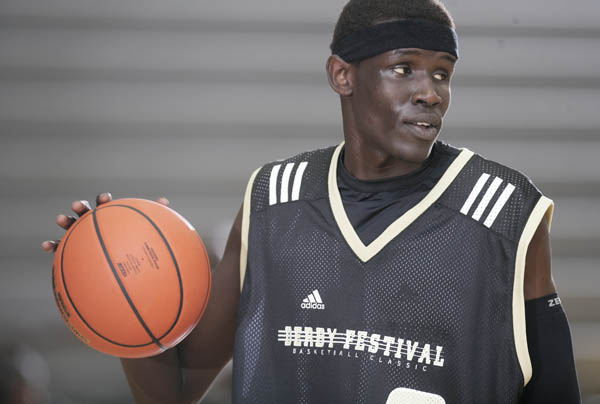 Ater Majok may have ties to Josh Nochimson, the former manager/agent at the heart of the alleged Nate Miles scandal.

Now that the rest of the media world has had time to digest Yahoo! Sports' breaking news report alleging UConn committed NCAA violations in the recruitment of Nate Miles, they've been able to do their own reporting in order to help put all the missing pieces together.

The first to dive in is ESPN.com, which is reporting that Miles is not the only UConn player to have connections with former student manager/player agent Josh Nochimson. In the fourth graph of this ESPN newser, it states that Ater Majok, the Huskies' highly-touted freshman, was "shepherded" through a high school all-star game by Nochimson last spring.

(Majok, a 6-10 forward from Sudan via Australia, waited 88 days this season before being partially cleared by the NCAA Clearinghouse because of alleged issues with his transcript. Majok was/is allowed to practice with the team and has begun classes, but will not be allowed to play in a game until the end of the 2009 fall semester.)

An unknown source told ESPN.com that Nochimson was the "conduit" to getting Majok, as well as Majok's high school coach in Australia, Ed Smith, into the Kentucky Derby Festival All-Star Game in Louisville, Ky.

Nochimson arrived in Louisville with Majok and stayed in the headquarters hotel, the Hyatt, with the players.

"(Nochimson) was very protective of (Majok)," the source said. "He was very involved with the kid."

Kentucky, Kansas and West Virginia all were recruiting Majok at the time. Kentucky's involvement helped spur the Derby Festival officials to pursue Majok for the game, knowing that any prospective Wildcats will help drive ticket sales.

The details do not to appear to be too damning for either Majok or UConn; to my knowledge, no recruiting violations involving Majok have been reported at this time (approx. 8 p.m.).

However, at this point, anyone with ties to Nochimson is going to be viewed with a suspicious eye. And it does provide one more example of a player tied to Nochimson brought into the Huskies' program, perhaps ruining any chance the university had at playing the "He's just an old friend" card.

This also may be viewed as evidence that Nochimson's involvement in high school recruitment does not end with Miles, which I would believe most already assumed.

Calhoun's press conference provided few details, as he only spoke briefly on the matter. However, he did make what appeared to be a dig at Yahoo; at first he called the report a "newspaper story," then later corrected himself by calling it a blog. He also went on to say that, regardless, it was "probably something that I can't get a hold of." My guess this was an attempt to play the "old man doesn't understand technology card," but I'm sure Calhoun knows all about where it's coming from. (I'm sure the Joe Paterno defense -- "I don't even know how to send a text message!" -- is soon to come.)

Stay tuned, folks. This seems to be just the start of things.