Buy the ticket, take the ride

Share All sharing options for: Buy the ticket, take the ride 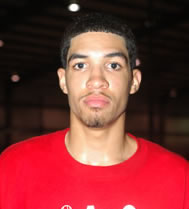 When I woke up this morning, I was planning on writing a post about the nature of fanhood and my attachment to UConn's basketball program. That post may still come, but now certainly is not the time for it. As you almost certainly know by now, this morning Yahoo sports published a damning report that linked UConn to what could be several different recruiting violations.

The rest of my thoughts, both on the situation, and what it means to be a UConn fan today are after the jump.

The story is only a few hours old, but best I can tell, the early prognosis is that UConn is in at least a moderate degree of trouble with the NCAA. Miles never suited up for the Huskies, which means that UConn is not going to have any games stricken from the record, but UConn's apparent misconduct with regards to contact and dealings with former-manager/quasi-agent Josh Nochimson will likely result in at least an NCAA investigation, if not penalties.

However, whatever the NCAA does or does not wind up doing does not matter at this point, the damage has been done. Nate Miles may never have worn a UConn jersey, but now his name will be forever attached to the program in the mind of opposing fans. Just like Kirk King's plane tickets or the laptops that Marcus Williams and A.J. Price stole, this will be a dark footnote that is forever chained to the accomplishments of UConn under Jim Calhoun.

My hope now is that UConn comes forward and takes the chance to share their side of the story. Who knows? Maybe most of those phone calls can be explained away, maybe Nochimson is just a bad apple that went rouge. Yahoo's reporting is very impressive, but you can never know exactly what happened unless you hear the tale from all sides.

I am not shocked by the allegations -- I think someone would have to be pretty naive about the nature of big time college sports to be surprised -- this is just a slightly different chapter in a story that has been told plenty of times before, just ask Oklahoma, Indiana, UMass or Missouri. I am sure that if they had the time, resources and ability, Yahoo Sports could publish a story a day for the next two weeks finding similar violations committed by every team in the Sweet 16. It is just the nature of the beast.

As a lifelong fan of a big time college team, I always knew this day could come, I just hoped it never would.