Huskies rollin', have Will Perdue in their sights

Share All sharing options for: Huskies rollin', have Will Perdue in their sights 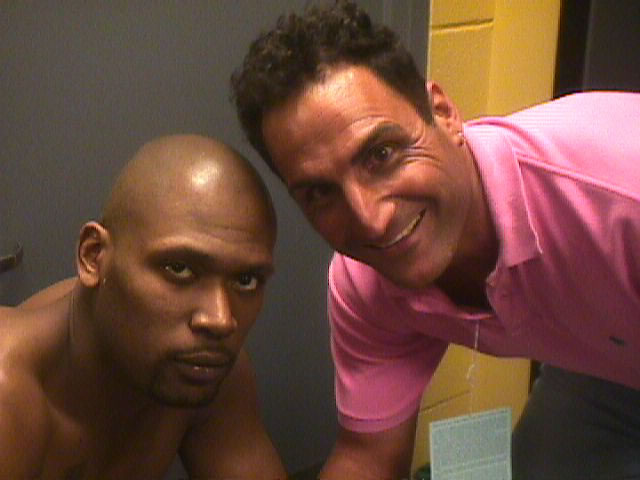 Well, these first two tourney games have gone quite well.

The beatdown of Chattanooga was somewhat expected, but UConn's 92-66 blowout of Texas A&M showed just how ready Theebz and the gang are to cash in on the five-year plan. Either that or they just really like screaming and dunking all over lesser opponents.

I don't know if there's really anything I need to go over in a game where the Dove makes an appearance ... and is subsequently pulled a minute later (likely so they didn't run up the score any more). Theebz didn't exactly fill up the stat sheet, but A.J. was all types of fantastic, Stanley continues to make my heart swoon and Jeff Adrien not only went over 20 points for the fourth time this season but he also continued to cuss loudly while attempting to-- well, while attempting to do just about everything.

Plus, Coach Cal bounced back nicely from that small health scare, and the team played just as well under him as they did Blane-Dog.

Now the Huskies will head to Glendale, where they will take on No. 5 Purdue (27-9) in the Sweet 16. We don't get to add to the whole Washington-UConn rivarly/tiff/Dog v. Dawg thing, but there's always a chance to produce some more MMOD-worthy clips ("ROBINSON! ... ROBINSON!") with the Boilers.

Over the next few days we'll try to put together some preview stuff together in order to figure out what type of matchup we're in for, why the Boilermaker has hippie sideburns and why the founders of Purdue decided to choose "urine" as their official school color.

It's been so long since UConn basketball has been relevant this deep into March; I'm just giddy.

Get pumped. Get ready. Get ... jiggy with it? And go Huskies.