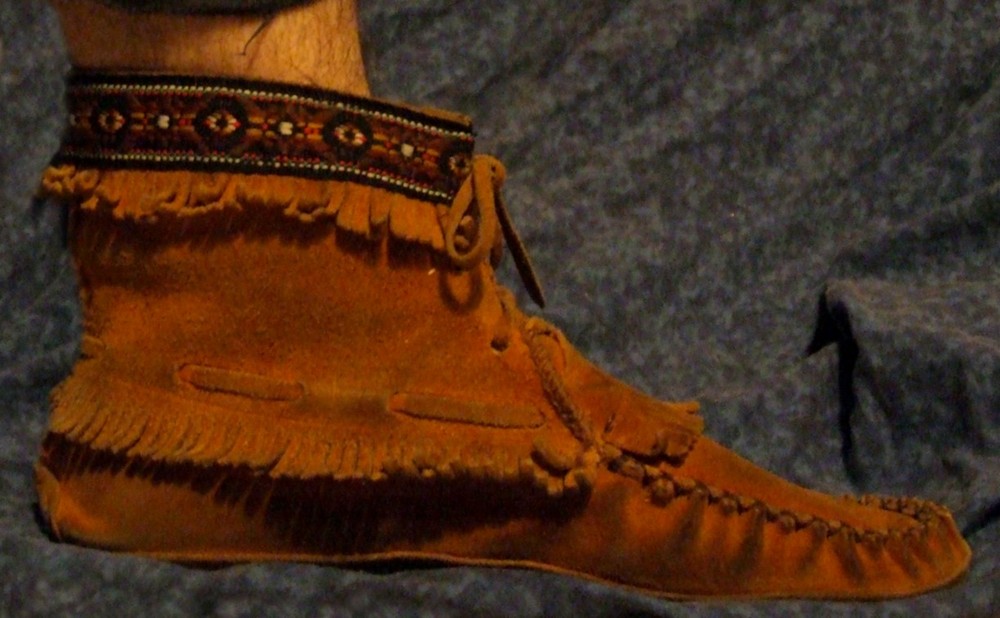 Chattanooga is the most basketball-savy group of footwear this side of the Mississippi.

After the excitement of a No. 1 seed wore off, I, like most UConn fans, spent about a day or two looking over the bracket before realizing that one-seeds don't just get first-round byes. And after waiting a bit longer, we finally decided to turn our attention to the Huskies' first opponent: the No. 16-seeded Chattanooga Mocs.

Like most people in the U.S., I knew nothing about the Mocs, or of this fantasy land they call "Chattanooga." So in an effort to familiarize myself with the first of what hopefully will be six teams to feel some Coach Cal wrath, I've spent the past two-plus days scouring the internet, reading an inordinate amount of Wikipedia pages and eating only pre-prepared roasted chickens from Stop & Shop (more so because they're so damn tasty) in order to find out what the hell a Moc is.

These are their stories.

School: University of Tennessee at Chattanooga

How they got here: Taking full advantage of the misplaced hype surrounding Davidson, the Mocs defeated Samford 81-69 in the SoCon tournament.

Is the school affiliated with Tennessee?

At first, Chattanooga wanted to start its own school. But then it became so enamored with Bruce Pearl's pecks that it just conceded (figures) and merged with Tennessee in 1969.

Is this the worst team in the tournament?

If we're going purely off of records, then yes. The Mocs have the worst winning pct. out of all 65 teams. In fact, aside from 19-15 Morehead State and 17-15 Cal State Northridge, Chattanooga is the only team without 20 wins coming into the tourney (Morehead got win #20 last night, so that doesn't count).

But some slack should be given, as the Mocs opened the season with Tennessee, Missouri, Memphis, USC and Connecticut powerhouse Fairfield. They lost every game, but at least they tried. I guess.

From what I gather, their original name, the "Moccasins," was based on the "Moccasin Bend" near the Tennessee River. But after using some kind of water snake as a mascot for about 40 years, they decided to sink their fangs into the untapped market of people dying to buy sports apparel with a giant shoe on it and just became a big moccasin (see above) for about two decades.

But after players complained of bunions and the team's fan base became progressively groovier, the school introduced "Chief Moccanooga," an "exaggerated Cherokee tribesman."

Chief Moccanooga made it rain in Tennessee long before Pacman Jones.

But unfortunately, some people were not too thrilled with the change. Most labeled the chief a troublemaker when the league slapped a two-game suspension on him in 1972 for attempting to skin Bill Walton after confusing him for a sasquatch. And there was this whole thing:

"This is racism, pure and simple," said Tom Kunesh, a spokesman for the Chattanooga InterTribal Association, an advocacy group.

The school decided to change yet again in 1996, and after trying to embrace every possible relevant meaning words that start with "Moc" had with the city, they said "f**k it" and just put a mockingbird on a train and left it at that. (To be fair, the Industrial Revolution just hit Chattanooga, so it has a lot of trains.)

Chattanooga doesn't care much for your silly ideas on proportionality.

So to answer the question, it's a snake, a bend near a river, a kind of offensive Native American chief and an unlicensed train-conducting bird haphazardly sticking its head out of a choo-choo's window. In short, it's a potpourri of southern idealism.

Has Jimmy Fallon made a few several bad jokes about this school?

And the school is either starved for media attention or Chattanooga is just the kind place that really enjoys Larry the Cable Guy, because the athletic department is not only encouraging the bit, but they're also helping to aid Fallon's daily assault of late-night comedy.

Ole Miss has the Walk of Champions, Tennessee runs through the "T" and UConn has a bunch of rituals stolen from other schools and a large fellow who shouts the names of colors.

Well, the Mocs have something like that too. Except, instead of a time-honored tradition, they have a giant inflatable tunnel in the shape of a choo-choo train. (Well, they did in 2001 at the very least. And that's good enough for me)

If this were actually a moon bounce which players used to hop onto the field, I'd be all for it. But that doesn't appear to be the case.

And the worst part about it is the basketball team was only scheduled to use it for preseason games. It was strictly slinkies and moon shoes from then on to keep the focus.

This also means everyone attending tomorrow's game will have to settle for the same old dragons and castles like the rest of us.

After Giant Leap, a Germantown Native Homes In {Philly Inquirer}