Share All sharing options for: The second-best display of UConn hatred in the past two weeks 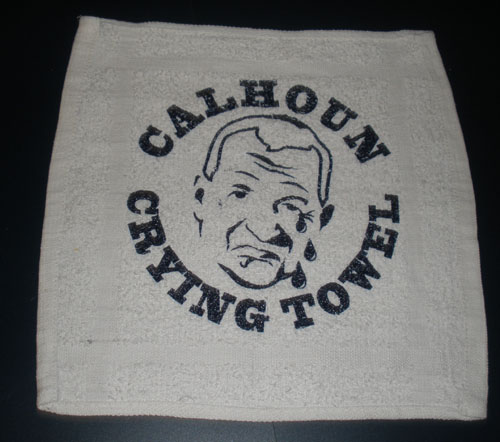 Congratulations are in order for the Pitt fan who concocted these diddys, which were sold for $2 apiece at Saturday's game.

I especially applaud the creativity involved. They could have went with the trendy pick and focused on something from the "Not a dime" presser, but instead decided to look at the bigger picture: Coach Cal's whiney demeanor.

Although, I'm going to have to take off some points because of the creator's insistence on reminding people that this is in fact a towel. I guess someone could mistake it for the oh-so-popular "Ballin' Boeheim Washcloth." But since the towel is the only device Pittsburghians seem to have in order to drum up support for their sports teams, and that, you know, it looks like a towel, it could've done without it.

If this wasn't great enough, all the proceeds went to cancer research. So everybody wins! Except for Calhoun, who seems to be the butt of every joke the past month.

However, even though it's more creative than some of the things UConn fans cook up (albeit equally hilarious), I still don't think it takes away the Best Sign of the Year title from this: 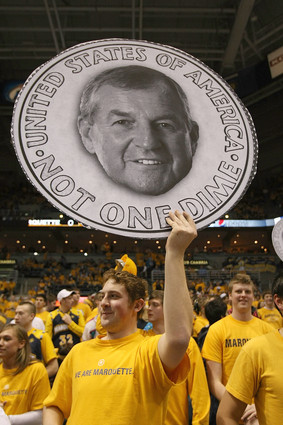