Share All sharing options for: Hasheem Thabeet attempts to block 7 shots at once on the cover of Sports Illustrated 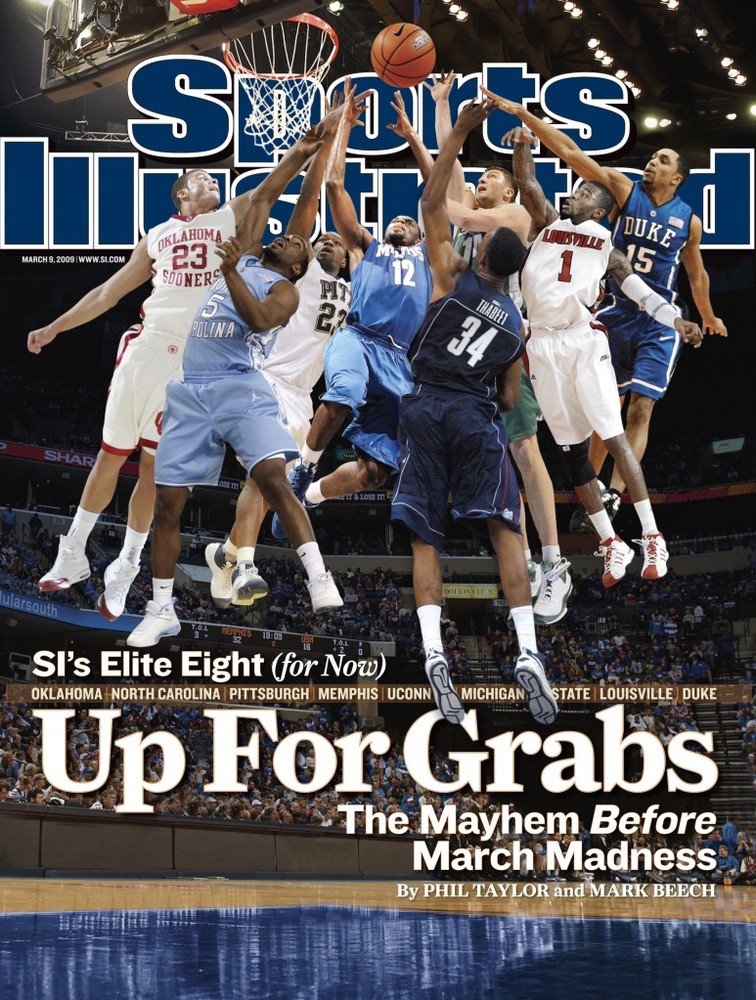 At least, I think that is what is going on here. Nevertheless, its nice to see Hasheem back on the cover of a national magazine, and this time he did not even insult anyone.

UConn made the cover as part of SI's Elite 8 (for now).The story itself focuses on Memphis more than anyone else, and although it does mention UConn a few times, it does not cover a lot of new territory. Calhoun gives a quote about the rigors of the Big East and the oft-repeated anecdote about professional wrestler cheap-shot artist DeJuan Blair committing a flagrant foul "dominating" Hasheem Thabeet also makes an appearance.