Jim Calhoun will not play along with your muckraking

Share All sharing options for: Jim Calhoun will not play along with your muckraking 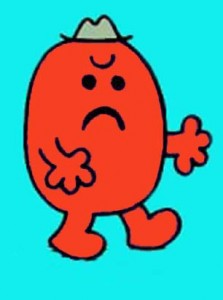 So let's talk about something much more entertaining: Jim Calhoun getting mad at people.

We've had fun in the past with Calhoun's tirades on the subject of players he should have recruited.

Today, though, was a yelling of a different sort.

In about as uncomfortable an interview exchange as I've witnessed in person, a freelance reporter used a photo pass to get into today's postgame press conference with Jim Calhoun. After Calhoun finished his preliminary statement on the game, this fellow raised his hand. What happened next was fantastically entertaining, and is (verbatim) after the jump (I'll see if I can get the audio up on the blog tomorrow, although I just saw the video on SportsCenter, and I'm sure it will be up on YouTube shortly.):

JC: "What was the take tonight?"

Guy: "I don’t know. What’s the deal with Comcast worth?"

JC: "You’re not really that stupid, are you?"

JC: "You’re welcome." (At this point, I figured it was over. The guy was not done making a spectacle of himself, though.)

JC: "No, it wasn’t polite. We're talking about basketball. If you want to talk outside about this, we can go outside and talk."

Guy: "If these guys covered this stuff, I wouldn’t have to."

Assorted reporters: "Oh, get out of here! Give us a break!" (This part really happened.)

(from this point on, imagine Jim Calhoun has turned into Bill O'Reilly, arguing with someone he doesn't normally agree with)