The sky has not fallen - I promise.

Share All sharing options for: The sky has not fallen - I promise. 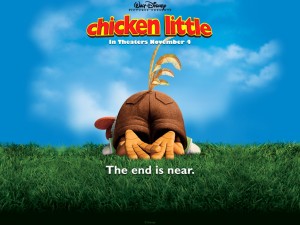 Regular readers of this organ have likely noticed that its three contributors have a unique balance. Justin Verrier, swell guy that he is, is a bitter, jaded hurt old man. He may not actively root against UConn, but his main habits are deriding the school and expecting to be disappointed. You can read his take on the Dyson injury here. Kevin Meacham, our sports czar, has a sunnier disposition than Mr. Verrier, and well, to be frank, he brings the funny. However, he is not immune to quick proclamations of doom. So where do I fit in? My compatriots claim that I am the eternal optimist -- someone, who perhaps thinks UConn will go 38-1 (a statement I never actually made, though hey, it'd be nice). I am not quite that sunny, though I do tend to have a rosy disposition than most. With that said, I'm going to fill my role and explain to you why Jerome Dyson's injury is bad, but it is far from the end of the world.

Find out the truth after the jump:

UConn can still win the National Championship. Before Jerome Dyson went down last Wednesday, (for purposes of this piece, I'm assuming Dyson is done for the year) UConn was the odds on favorite to win the title. They had a great offense, one of the best defenses in the country and the country's most dominant player in Hasheem Thabeet. They had more depth than anyone else and a decent, though not great, shot at winning out in the regular season. However, that changes with Dyson out, the Huskies are no longer the favorite to win it all -- now they're merely one of six or seven teams with a good shot at cutting down the nets in Detroit.

Be honest, if someone had told you at the beginning of the season that UConn would be playing for a 1-seed, and have a realistic chance at winning the title, even without Dyson, you would have taken it in a heartbeat.

If someone had put a gun to my head before Dyson went down Thursday and told me I had to pick one starter to lose for the season, I would have picked Dyson. Not because he was the worst of the five starters -- that is ridiculous. But rather it is because of the depth the Huskies have at guard. Craig Austrie is not as good a player as Dyson, but he is a battle-tested senior point guard that has ice water in his veins. Plus, Kemba Walker is a great, if turnover-prone assett off the bench, and with a little luck, Donell Beverly will earn all the hype he has been getting as the best fourth-string point guard in America.

If anything, Dyson's loss hurts UConn's chances of winning the Big East Tournament, where the Huskies will miss his minutes and his toughness if they wind up playing three ranked teams in three days.

In many ways, as the TV announcers mentioned during Saturday's matchup with Seton Hall, you feel worse for Dyson than you do for the team. All his injury does is make the road to the Detroit a little harder to navigate, it does not become impossible. There is a good chance that a very frustrated Dyson will have to sit and watch his team play deep into March while he is relegated to the bench.

One final note: If there is one team in the country that the Huskies will miss Dyson against, it is Pitt. Year after year, Pitt has won games by systematically uglying up the game of basketball. The program seems designed to suck all artistry and grace out of the game and replace it with sheer force and muscle. Dyson always played bigger than he was and his extremely physical style would have been an asset against the Panthers.