SH1/2W The UConn Rebuttal: In which the denizens of Storrs reject specious logic

Share All sharing options for: SH1/2W The UConn Rebuttal: In which the denizens of Storrs reject specious logic 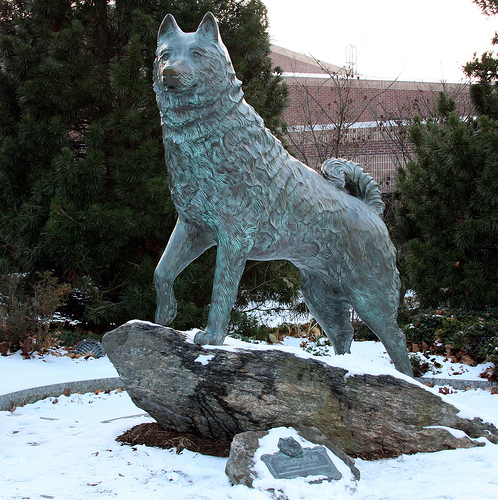 As you may have noticed, we here at TheUConnBlog extended an invitation to two rival bloggers to express their opinions about Syracuse University. They can be found here and here.

While we at TheUConnBlog are an open-minded bunch, I felt UConn nation deserved a response, and so here it goes:

To begin with, I will address the comments of Mr. Brian Harrison, who runs Orange:44. Mr. Harrison offered a perfectly reasonable reason for his dislike of UConn -- he simply does not like the school or the team. I do not agree with his position, and I suspect it derives in large part from his (probably) being cuckolded by the UConn girlfriend he mentioned (libel alert!). However, I must take umbrage with one assertion of Mr. Harrison. In his post he writes, "but [Jim Calhoun] feels the need attempt to make me ball my eyes out. He does not succeed." This is clearly incorrect, only one of two things could have happened that night. 1) Jim Calhoun did not intend to make Mr. Harrison cry, but instead wanted to make Mr. Harrision believe that Calhoun wanted him to cry. Or. 2) Jim Calhoun did intend to make Mr. Harrison cry, he succeeded, and Mr. Harrison simply refuses to acknowledge the truth.

But as I said, Mr. Harrison's post was, for the most part, a fair account of why one may not like UConn. However, the post submitted by Mr. Matt Glaude of Hoya Suxa featured such a brazen display of faulty logic that I feel compelled to correct it in this space. You will find that correction after the jump.

For those who have not read Mr. Glaude's posting, his essential thesis is this: Syracuse is "old money" and UConn is "new money." Furthermore, Mr. Glaude states that UConn's success in the last two decades was made possible only by the contributions of Syracuse in the early years of the Big East. Furthermore, he says that any UConn supporter inherently supports Syracuse as a result. To make his point, Mr. Glaude uses a specious line of post hoc ergo propter hoc (after it therefore because of it) style logic. Trying to prove or dispove anything based on this line of logic is a fool's errand best left to the slobbering mouth-breathers from The University of Pittsburgh, and I refuse to engage in it. Despite its total lack of logic, I do think there is something to be learned from Mr. Glaude's comments, and I would invite you to examine that hypothesis with me.

I will concede that prior to the arrival of Jim Calhoun, Syracuse traditionally had a more dominant basketball program that UConn. But that does not mean UConn's only success on the basketball court occurred after joining the Big East in 1979. On the contrary, the teams of Hugh Greer, Fred Shabel and Dee Rowe in the 50's, 60's and 70's had several successful seasons including two sweet 16 appearances and a trip to the elite 8. Was UConn dominant? No, but they were a solid, regional power, not unlike the current day Boston College Eagles, that had little connection to Syracuse apart from the occasional game.

Of course, that all changed when UConn entered the Big East in 1979. According to Mr. Glaude's logic, this is where Syracuse's "old money" would kick in and help the Huskies. Now, a reasonable person can agree that any help Syracuse may have indirectly given to the Huskies would be mitigated by the arrival of God Jim Calhoun in 1986. Therefore, we're dealing with the period 1979-1985. The record indicates that Syracuse was a fine team during these years (despite missing the NCAA tournament in '81 and '82), but to point to them as a herald of the Big East's success would simply be inaccurate. That honor lies elsewhere, Villanova won the 1985 National Championship. St. John's appeared in the 1985 Final Four. Most importantly, during this period Georgetown appeared in 3 NCAA title games, winning one. Those three teams truly carried the banner for the early Big East.

Now, as I said before, trying to prove direct causation purely because one event occurred after another is a foolhardy exercise, but I am feeling generous, so I will indulge Mr. Glaude:

If UConn really owes its success to that of the early Big East, then surely, in many regards, Syracuse, which did not make a Final Four until almost a decade after joining the conference and did not win a championship until 2003, must as well. Furthermore, if any team is to be seen as the vanguard of the Big East during those early years, is it not the Hoyas of Georgetown that Mr. Glaude so hates? And if so, is it unreasonable to suggest that Mr. Glaude, the man who runs Hoya Suxa, a blog whose stated purpose is to, "Destroya The Hoya," is secretly a Georgetown supporter? I think not.