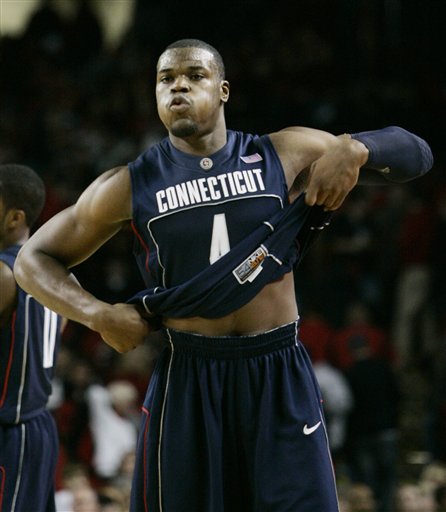 When Jim Calhoun finds an analogy he likes, he clings to it for dear life.

Such is the case with calling Jeff Adrien a woyah.

When he first began using it last season, it was almost a backhanded compliment. Coach Cal would gush about Adrien's tough, gritty performances, his back-to-the-basket style and penchant for wielding a mace -- but right after, say that he needs to stop taking mid-range jumpers and pretty much know his role.

But he was right. And after being relied on as a go-to scorer his sophomore year and passive aggressively fighting his new role the next, Adrien has slowly embraced being a role player. Saturday, Adrien earned his badge of honor for four years of woyah-like performances: a harem of the finest maidens -- er, a spot in the 1,000-1,000 club.

Adrien scored nine points and corralled 14 rebounds against Michigan, giving him 1,436 points and 1,000 boards for his career.

But the difference between Adrien and all the other UConn-ites in this group is that Adrien may be the only one who wasn't the star of the team. Granted, I don't know too much about UConn basketball before the mid-'90s (you know, the whole not being alive thing kind of limits my knowledge on the topic), but each of those other four were elected into the "Huskies of Honor" wall, plaque thingy. So you have to think they were pretty important.

But Adrien? He's probably the third biggest player on the team, behind Hasheem and A.J., and if we're talking about talent, he's gotta be even further down; I'd put him around fourth, behind Dyson. Kemba's close, too. 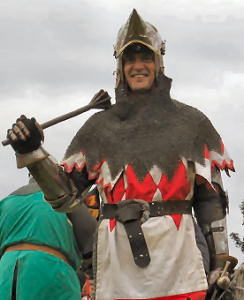 Somehow, though, he's become a double-double machine simply by pumping a shitload of iron to be stronger than almost everyone on the court. That's not to say he doesn't have talent or anything: He's great in the blocks and has a great feeling for positioning and all that good stuff. But when I think back after a game, I can't even remember Adrien being a part of it. Well, aside from the traditional woyah pounds to the chest after getting fouled.

You usually remember A.J. because he's the one providing the knockout punch (or at least he was last season), you remember Dyson because you can't help watching him run kamikaze-style into the lane, and you remember Thabeet because he's a 7-foot-3 Tanzanian who now has a cybertronic left arm.

But because Adrien's tools fit such a bland style of play, you forget him. Even his power slamma-jammas often get forgotten because seeing Dyson or Stanley dunk is more exciting. He gets his pictures on ESPN and in newspapers, but that's mainly because he's usually shrieking something after a routine layup, not because of star power.

But without Adrien, I don't think UConn is even in the Final Four mix. He's the model for consistency, having posted 10 double-doubles and scored in double figures in all but three games this season. He's the anti-Stanley. He's the only one you can count on, now that A.J. has decided to take some off nights here and there.

And there has to be something said for staying four years. I'm sure he would've booked for the NBA if he could have, but who knows? And you could argue there haven't been a lot of upper-echelon post players who have stayed four years in the past decade-plus.

But Hilton never did it. Neither did Trav Knight or the any other tall white guys in that span (I'm looking at you, Jake Voskuhl).

And he's been smart enough to not get arrested, or at least not get caught doing anything stupid. And while that may be expected at places like Duke, that takes rare talent in Storrs.

Adrien is just a woyah. To embellish a Coach Cal quote for comedic effect: "He's got a woyah body, a woyah mind, a woyah game. He's a woyah!"

NOTE: There's a good chance I won't have time to participate in Syracuse hate half-week. But I direct you to this post from about a month ago, where I pretty much hit all the key points.