Some musings on Syracuse Hate Week

Share All sharing options for: Some musings on Syracuse Hate Week 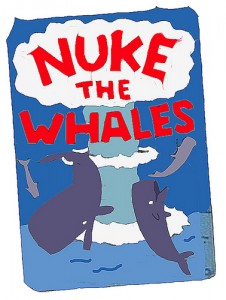 As you may have noticed, this is Syracuse Hate Week here on TheUConnBlog.com, which begs the question, why should UConn fans hate Syracuse above all others? There may not seem to be a reasonable answer, hell, UConn is not even Syracuse's main rival. I am sure there are plenty of Syracuse fans that hate the Huskies, but I am equally sure that they hate Georgetown more. (As the writer of the fantastic Syracuse blog Hoya Suxa pointed out, there is a reason the blog is called Hoya Suxa and not Huskies Smushkies.)

UConn, for all its achievements, has failed in one regard -- it does not have a bloody rivalry that stands above all else. There are certainly teams that UConn fans can reasonably hate, but there is no Duke to UConn's Carolina, no Red Sox to their Yankees, nor is there a Hatfield to their McCoy. Part of the problem is that UConn did not shine on the national stage prior to 1990, so most of the Big East's bloodiest rivalries were already set by the time UConn rose to prominence. While Syracuse and Georgetown were fighting epic battles, UConn was trying to avoid the dreaded 8-9 game in the Big East Tournament. There also is not a pure regional rival. The Big East has no other Connecticut schools, and there is no one close that matches UConn's year-in year-out dominance.

So why do UConn fans hate Syracuse above all else? And why do Pitt, St. Johns, Georgetown, Providence, Villanova and Boston College not have their own hate weeks? Find out after the jump.

Perhaps the best way to determine why there is a Syracuse Hate Week is to explain why other teams simply do not make the cut.

So, with those teams disqualified, why is Syracuse left standing as the team that is most deserving of a hate week? I'll give you three reasons: