TheLiveBlog: No. 5 UConn vs. Cincinnati

Share All sharing options for: TheLiveBlog: No. 5 UConn vs. Cincinnati 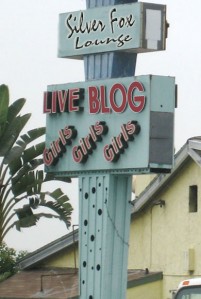 Hey, I remember me!

Happy New Year! Yes, it's been a while. Luckily, I only missed the biggest weekend in UConn sports thus far this school year. Ah well.

In an effort to get up to speed with Huskymania - and because the snow in New Jersey will be an impediment toward watching the Ravens-Titans game at a bar - I've decided to live blog today's UConn men's game at Cincinnati.

The Bearcats are one of five Big East teams winless in conference play entering today, but they have one of the league's best scorers, Deonta Vaughn. Vaughn scored 34 points in last year's thrilling 84-83 UConn victory at Fifth Third Arena (so hilariously chronicled by yours truly here.

Of course, the second time these two teams played, Cincinnati flew in during a snowstorm and boy, were their arms tired.

Today, the Huskies come in after a pair of Big East wins over pesky West Virginia and crappy Rutgers; the Bearcats were blown out at Marquette and fell to the mighty Friars of Providence.

This highly-anticipated game is probably the fourth or fifth best matchup in the Big East today, which should give you an idea of how awesome this league is.

And the Huskies get it started in a good way with Stanley Robinson off an inbounds pass. According to the Courant, the Boneyard and the guy who runs Willimantic Sheet Metal;, Sticks had a wonderful game against West Virginia. I wouldn't know, since Cablevision doesn't carry ESPNU.

UConn offense looking pretty good in the early going, with a couple easy looks for Robinson and Jerome Dyson drawing a couple of free throws. If only it were always this easy. It's 6-4 Huskies.

Sticks is everywhere so far, stealing a pass underneath the Cincinnati hoop. And at the first TV timeout, UConn leads it 8-4.

4:45 p.m.- Jim Calhoun is going for win #788 today; assuming Syracuse beats Rutgers today, Calhoun would stay two wins up in his lifelong quest to win 800 games six or seven days before the next coach to win 800 games.

He was complicated when he was setting life goals.

Kembawesome Walker comes in, draws a couple of free throws, misses both, and then Gavin Edwards gets an over-the-back call. Sigh. Cincinnati does one better on their next possesssion, as Gates grabs his own miss, gets stripped going up and dunks air.

Really quick-moving, up-tempo game, but because both teams are bad at shooting, it's just 12-9 UConn.

And then, KEMBAWESOME! Great pass out of the post from Thabeet to a wide-open Walker, who drives to the goal, scores and is fouled. <333333

Also, can someone ask these announcers how many points A.J. Price scored in Wednesday's game against West Virginia?

4:52 p.m.- Rick Pitino's "Mentoring Moment," for the benefit of those of you watching the game on SNY: "'Chemistry' is where love and discipline come together." I believe the heart-throbs in late 90's MTV boy band 2Gether would have something to say about that particular equation.

4:57 p.m.- Hasheem Thabeet Is Really Tall, Vol. I: A little hi-lo action as Adrien passes over the top to the big fella, who dunks it with one hand after jumping 8 inches off the ground. On Cincinnati's next possession, some little dude tries to pump fake Thabeet, who calmly uses the force of his hand to negatively impact the velocity ratio IN HIS FACE.

4:59 p.m.- Well, that sequence sucked. Deonta Vaughn hits a wide-open transition 3 after a Cincinnati blocked shot (why doesn't UConn have a guy like that?), Stanley Robinson gets blocked, then Thabeet picks up his second foul with 9:00 to go.

The biggest tragedy of all is that it forces Jonathan Mandledove into the game.

5:02 p.m.- UConn looks really undisciplined on the last couple of possessions, picking up over-the-back fouls like it were their job. But it's 22-16 at the 8-minute media timeout.

5:05 p.m.- So, let's see how UConn's zone defense works. Vaughn takes a 3 with the shot clock running down, it's no good, but Cincinnati grabs the long rebound. Boo. Mitchell then misses badly on another 3, giving UConn the ball. Yay.

I'm sure the announcers have said something stupid and I haven't paid too much attention, but this one caught my ear (regarding Gavin Edwards slipping):

"I think Edwards isn't used to this cold and rainy weather, being from Arizona...that's why he slipped! (laughter)"

Ignore the fact that he thinks the weather outside (which is apparently frightful) made him slip inside. Has he ever been to Storrs, where Edwards lives eight months of the year?

Despite a couple good offensive possessions (Austrie knocking down a 3 against the zone, Walker penetrating the zone and getting fouled with no whistle), Cincinnati will have a chance to tie; the Bearcats go to the line down 27-25 at the under-4 timeout.

5:12 p.m.- This look at Fifth Third Arena reminds me of one of my favorite jokes to write, from my article I linked to above:

"The arena's name comes, of course, from a survey which showed that five out of every three people think that "Fifth Third Arena" would be a stupid name for a gym."

Oh, Jeff Adrien. Only you can hop on top of a loose-ball scramble, throw an elbow or two, and get the other team called for the foul, all while having gigantic muscles and a mohawk.

5:16 p.m.- Ragged game going on right now. Cincinnati just can't hit the shot to get in front (it's tied 30-30 as I write this), Kembawesome looks a little tired and double-dribbles, but gets bailed out on a foul call with 1:27 left.

5:18 p.m.- Thank the lord that Mandledove didn't just get posterized.

In a joke that two people will get, take note of ESPN's "Big Men of the Big East" graphic. See how it has more than just a name and a picture?

Price (who was 0-for-9 on Wednesday!) comes up with a huge 3 with the shot clock winding down to give UConn a 35-32 lead with 45 seconds left. Williams knocks down a jumper from the FT line with 10 seconds left, and then THE AMITYVILLE HORROR STRIKES AGAIN~!

5:27 p.m.- Seton Hall is bad at advertising. I know this because SNY ran the following commercial, presumably in an unironic manner:

"Come see the Pirates take on the best in the Big East! Georgetown!Pittsburgh!Villanova! Syracuse! UConn! Rutgers! And more!

To their credit, at least they said Rutgers really quickly, so that you almost couldn't notice. But that is more screwed up than the inverted Oreo I just ate.

So pretty much UConn is getting outplayed on the glass, but they're shooting well. Funny how well basketball works when your point guard starts hitting threes. Onward to the second half.

5:45 p.m.- Cincinnati is pesky as hell, keeping it within five points or so and forcing UConn to take tough shots in halfcourt and transition. Plus it helps that they're hitting open jumpers fairly well.

Luckily, the Bearcats seem insistent on challenging Thabeet who, again, is very tall. He's forced a couple circus shots early in the second half, and he had a thunderous, wide-open dunk (from "zero-point range", sez the announcer) to put UConn up 49-44.

Dyson came up with his first Jerome Dyson Memorial Taking of the Cookies on the last possession, resulting in a fast break and a few free throws.

5:53 p.m.- Things are looking considerably up - Mick Cronin takes a timeout after Jerome Dyson hits a long, wide-open 3 to give the Huskies a 55-46 lead. Basketball being a game of inches, it could be a three-point game right now; but Vaughn missed a long catch-and-shoot 3 on Cincinnati's last possession, and nobody picked up Dyson coming down the court, leaving him open.

UConn is shooting the 3 extremely well so far; looks like the Courant's preview of today's game was rather prescient. Mike Anthony deserves a cookie.

6:01 p.m.- STANLEY! A gorgeous alley-oop from Price to Robinson stems a 6-0 Cincinnati tide and makes it a five-point game again. Of course, that play being bookended by a pair of turnovers means that this game is frustratingly close with under 10:00 to play.

6:10 p.m.- KEMBAWESOME! It's 65-56 UConn with about six to play, and Cronin calls another timeout. The Huskies have just too many good players, including Walker, who went coast-to-coast for an easy layup. This is a really good win - despite Cincinnati's record, they would probably be the fifth-best team in the ACC, or the third-best in the Big 10. And not in the sarcastic, "Pittsburgh would be a #3 seed in the NBA's Eastern Conference." (The Panthers would probably be around a #5 seed).

AMITYVILLE HORROR! Price knocks down a three, and UConn is executing like one of the best teams in the country, having stretched their lead to 68-56 with 5:30 to play.

WARRIOR! (Not the one who thinks that queerin' don't make the world work.) The hits keep on coming, as Adrien slams home an offensive rebound. This is awesome. They are running Cincinnati off the damn court. As an added touch, Adrien's post-dunk stare will give Cincinnati's student section nightmares for a little bit. ("Oh, no! I'm falling! Oh...thank goodness, I landed on a pillow. A really strong, warrior-like pillow. WAIT A MINUTE! THAT'S NOT A PILLOW!")

Also, as the game winds down, I'd be remiss in not mentioning Dyson's 95 mph fastball at the groin of a Cincinnati player, saving himself from a backcourt violation. Another awesome play in a series of them.

6:29 p.m.- And that will do it. A bunch of free throws in the final minute adds up to an 81-72 UConn victory. I'm content. Play a little defense, hit some shots, play with some energy, and I'm happy. Next up for the Huskies: a trip to Madison Square Garden to play St. John's. I always love a good trip to the World's Most Famous Arena.

See ya around, y'all. Go Eagles!