Share All sharing options for: It begins: #2 UConn vs. #12 Georgetown preview

First off, thanks to Justin for keeping the blog going in this season of joy. Also, for keeping alive the banner of women's basketball coverage that forms the backbone of TheUConnBlog.

With that out of the way, it's time to get down to business, because basketball season has returned.

Now, you might be saying, "what were those last two months?" They were irrelevant. Sorry for misleading you. Those previous two months were completely pointless, unless you're on the selection committee and looking for a reason to keep certain teams out of the Dance.

UConn's first 11 games were a mere rehearsal, the equivalent of what Barack Obama is doing right now, except that Jim Calhoun would kill for those abs.

Yeah, it's nice that the Huskies are 11-0, No. 2 in the nation, but after two months of a steady diet of stringy, protein-less Buffalos, Fairfields and Delaware States, it's time to graduate from Bovine University and move on up to the juicy cow that is the Big East schedule. 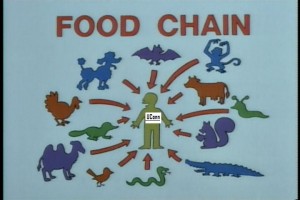 Sorry about that. I wanted to get my entry in for 2008's Confusing Metaphor of the Year before it was too late.

Anyway, we've finally gotten to the point where games are fun and matter. Tonight, the Huskies begin the rugged conference schedule with a tilt with the Hoyas of Georgetown.

And if you don't feel the hate for all things silver and blue, I hope that you watched the video at the top of the post. I mean, how the f--- does Hibbert's goofy, non-NBA-talented self make that shot? God, it still hurts.

Frankly, I can't think of any reason not to click on the jump for the full preview.

The place: The Morgue, Hartford

What's at stake: First place in the Big East. OK, so it's the first Big East game for any team, you got a problem with that?

The matchup: The Huskies come out of the gates in Big East play with a game against one of the teams with legitimate dreams of a conference championship. One could make the case that the Hoyas have been one of the best teams in the country. The stats seem to say so.

Georgetown's 9-1 record has come at the expense of a schedule that's fairly similar to UConn's; a couple of name teams and a bunch of nothing.

Whereas the Huskies can claim victories over Wisconsin and Miami (on a neutral court) and Gonzaga (basically on a road court), Georgetown has two decent wins (an OT win at home against Memphis two weeks ago and a bludgeoning of a fairly mediocre Maryland team in the Old Spice Classic) and an OK loss (to No. 16 Tennessee in the same deodorant tournament).

Other than that, the Hoyas have fattened up on cupcakes, but have looked fairly impressive doing it.

I'm not sure Georgetown is the 12th-best team in the country, though; they seem to have a very top-heavy lineup and a good coach, but I'm skeptical. The Hoyas were outrebounded in an 11-point win over Mount St. Mary's, and only a big day at the free throw line allowed them to overcome the rebounding disadvantage against Memphis. They seem very beatable, especially for a big, athletic - not to mention deep - team like the Huskies.

As for the actual players, Georgetown has a good one in Greg Monroe. The 6-foot-10 freshman can do it all at center or power forward; he's fourth on the team with 12 ppg, first with more than 5 rebounds per, and averages more than two blocks (by way of comparison, Thabeet's freshman-year numbers were 6.2, 6.4 and 3.8, respectively).

Monroe's battle with Thabeet promises to be the most interesting individual matchup Monday; Monroe has looked fantastic so far, but he hasn't played anyone quite like the Huskies' big fella. Now, if Georgetown watched any tape of the Gonzaga game, they know that you can exploit UConn's man defense by drawing out Thabeet toward the perimeter and driving on UConn's smaller guards.

On the pro side for UConn, Thabeet is still very tall and zone defense is still allowed in the NCAA. On the con side, UConn didn't switch to zone in the Gonzaga game, forcing the tedium of a mind-blowing, exciting overtime.

The Hoyas were excellent last year. How do I know this? Because they have one of the better starting fives in the Big East, and they graduated three key contributors from last year's Big East champion team. Now that's some depth.

Of Georgetown's three returning starters, DaJuan Summers leads the way with 14.3 ppg.Summers and Jessie Sapp both shoot 40 percent from 3, which is fairly worrisome.

The starting lineup is rounded out by Austin Freeman and Chris Wright, who are both at 13 ppg. Wright, the point guard (4.0 apg), has played the most minutes of any Hoya, at over 32 minutes per game. He seems important.

UConn you know about, of course, but I'd just like to draw attention to a couple things:

What's being said: First, around the papers:

And we'll wrap up this shindig with a look at what the Georgetown blogs are saying, since this is really the only UConn blog that matters. Take that, guy from Sox and Dawgs!

At home, even at the World's Most Shitty Arena? This is UConn's game to win. I think they will.

Enjoy the game. And if I get face time on ESPN2, send me a screenshot.