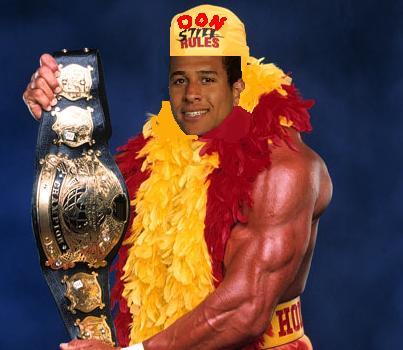 "OOOOOOH YEAH, coach Edsall. I'm going to bring us to the Orange Bowl next year! ... Er, at least the Houston Bowl, BROTHER!"

Like the rims in those crazy rap videos, the All-America honors never stop for Donald Brown.

And there are probably more I'm forgetting.

So we salute you, Donald Brown -- a real American.