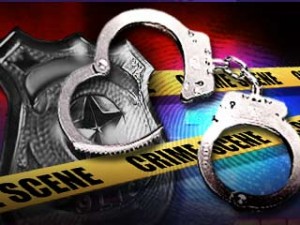 Disclosure: I am a former employee of The Daily Campus. I worked for the paper for 3 years and served as the paper's managing editor before leaving last May.

As of last Sunday, The Daily Campus has enacted a new policy regarding its weekly police blotter. The policy, which has not been announced to the paper's readers, dictates that the popular weekly feature will be removed from the paper's website after it has been up for a week (previous policy dictated that the story stay up indefinitely).

In theory, the move, which was approved by the paper's editors, is okay. Proponents of the change would argue that having arrest information online can haunt someone years down the road, when potential employers google their names. Opponents would say that the blotter is simply a factual record of an arrest, and it is not a newspaper's responsibility to babysit people's reputations.

However, that argument does not interest me. What does interest me is that the DC made the decision to take the blotter off the web the week after a close friend of its editor-in-chief was arrested. More after the jump.

From the paper's November 18 police blotter (no longer available online):

Update: The charges originally mentioned in this story have been dropped. As such, I have removed the original passage detailing the arrest and the name of the person who was arrested. I have updated the story to reflect that change.

[The person who was arrested] is a friend and roommate of Sarah Kopman-Fried, the paper's editor-in-chief.

Kopman-Fried said the decision to remove the blotter from the paper's website was widely supported by the editors. However, one editor at the paper, speaking under condition of anonymity, said that the issue was presented to the staff as a choice between leaving the blotter online or taking it down after one or two weeks. When it came time to vote though, the options had changed to only include taking down the blotter after one week or two, and that the option to leave it online was not presented, the source said. Kopman-Fried denied this charge.

When asked if her roommate's arrest was a factor in the decision to remove the blotter, Kopman-Fried said no, and pointed to the earlier discussion of the paper's board of directors.

Another editor, again speaking anonymously, said at the time the issue did not seem particularly important to him, but when he later heard "rumors of ulterior motives," he became upset, a feeling he believes other editors share.

According to Kopman-Fried, only the police blotters published in November have been removed from the paper's website, though there are plans to remove all of the posted blotters (dating to 2003) from the website over UConn's winter break. The paper will likely publish an editorial about the decision after the break, Kopman-Fried said.

Now, please bear with me as I take off my reporter hat and put on my commentary hat.

I have no way of knowing if the decision to remove the blotters was impacted by the arrest of Kopman-Fried's roommate. As Kopman-Fried fairly points out, the issue was discussed on November 11, before the  November 12 arrest (though I will add that the roommate's arrest was for a September crime.) That leaves me with three thoughts:

Correction: The article originally stated that the meeting of the Board of Directors took place in October. It actually occurred on November 11.