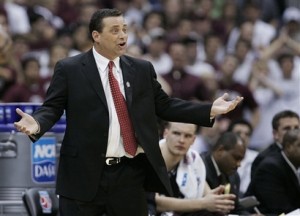 Billy Gillispie doesn't know why this is happening, either.

Apropos of absolutely nothing - other than my lack of involvement in the blog over the last week or two - I figured I would throw a bone to the ridiculously awesome UConn women's basketball team.

They're the nation's top team (ahead of No. 2 North Carolina...I can't imagine the last time the same two schools were 1-2 in both the men's and women's polls), and they have been really quite fun to watch this year. As long as you're not one of those neanderthals who require dunks.

So tonight, the Huskies are playing host to Holy Cross at Gampel tonight. Instead of walking the 120 yards over to the Pavilion, I thought I'd give you some live perspective of what promises to be a 70-point blowout win.

Also, if that fails, I'll post pictures of Caroline Doty or videos of Sue Bird. Either way, join me for two hours of thrill-ertainment.

7:33 p.m. - And we are LIVE! from Hilltop in the northwesterly part of Storrs, CT, with a crisp, delicious sausage & peppers sandwich, and the TV dial flipped to CPTV. Ah, Connecticut Public Television, the channel that makes UCTV (hey guys!) look hi-budget. Is there any corner you won't cut?

We're off to a flying start. I know this because CPTV's opening video just shouted: "UCONN!"

while 80's music played in the background. In that order. Awesome.

And then the fellow in CPTV studios kicked off tonight's pledge drive, which happens every game. Can't blame them, since UConn women's basketball is the highest-rated show on the network. But O, Stewards Of Public Television, is there anything better to tempt me with than the fact that Yankee Gas will match every dollar donated?

Game time, in front of a rousing 60%-full crowd!

7:40 p.m. - Alright, I'll introduce some of the newbies to our cast of characters here tonight:

For UConn, there's Renee Montgomery - the senior point guard with the most starts of any player in the country. Last time out, against No. 4 Oklahoma, she put up a crazy line of 30 points, 13 assists and 6 rebounds. She's also 5'8.

Next up is Maya Moore, the 6'0 sophomore whose picture can be seen below: 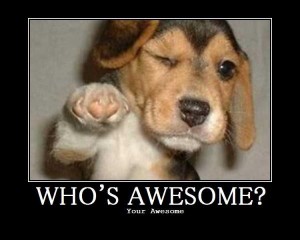 She just hit a jumper to put the Huskies up 8-0, and there's a timeout from Holy Cross. Long night upcoming.

7:45 p.m. - So, Bill Gibbons is the Holy Cross coach, and he just screams Worcester when he talks (I interviewed him twice). He and Geno are friends, and UConn and HC have played each other every year for a long time.

Two years ago, the Crusaders actually led UConn in the second half before they realized that they were Holy Cross. It was a really fun back-and-forth game, although the Worcester Centrum was filled with mostly UConn fans.

This game will be no such fun.

The crowd's applause is much like what you'd hear when a little dog kills a squirrel. Or something.

You know, I think I might entertain myself more if I just transcribed CPTV's interludes. For example, Exhibit 1:

"There's intensity on the floor at Gampel Pavilion, and WE NEED THAT SAME INTENSITY here in CPTV studios!"

And here come the offers!

Aw....and we're cut off as Rizzuto's of West Hartford gets a nice plug.

You know, I don't normally buy tickets to the XL Center, but I'm guessing that you could probably get lower-level seats for somewhere less than $200. I'd commit homicide if someone ever gave me a garden gnomepay $800 for the garden gnome, though.

7:52 p.m. - And Brianna McFadden, HC and the Patriot League's best player, has 3 fouls. There are well over 13 minutes left in the first half.

Speedster Lorin Dixon misses a lay-up (boo!) but recovers and hands it to a wide-open Maya Moore for a lay-up (yay!). It's 26-4.

Some choice stats, courtesy of my go-to site for UConn women's basketball stats:

Both Moore (11) and Montgomery (8) have outscored the Crusaders through the first 7:30. Holy Cross is shooting a robust 14%.

Bill Simmons would be jamming a pencil in his eye if he cared about women's basketball or, alternatively, his alma mater were any good. Yeah, that's right: I'm calling out a multi-million dollar sportswriter. I'm so badass.

7:56 p.m. - CPTV goodness: "Well, I know the phones are a little quiet sometimes in these blowouts. But just pretend like it's the Oklahoma game! We used to carry games like that, but now the networks do. That's the price of success! So just imagine this is the Oklahoma game, and bring that energy to the phone lines!" 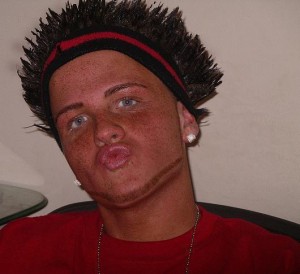 8:04 p.m. - Caroline Doty makes a sweet lay-up on the fast break. OK, so the lay-up wasn't anything special, but I would like to point out that Doty, Meghan Gardler and currently-sidelined-with-mono Heather Buck should be enough of a draw for the red-blooded males to get out to at least one game this year. 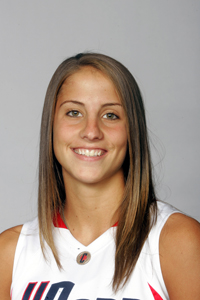 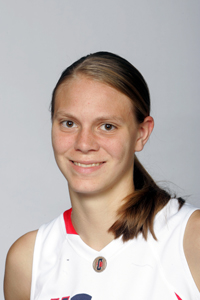 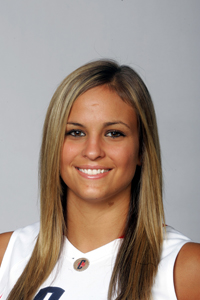 The back of my chair remains dry and cold, because I'm on the edge of my seat. (I think I would also be willing to sell a UConn media guide for $90. My e-mail is always open!)

If I remember correctly, Connecticut got television sometime in the late 70's, then nobody watched television throughout the 80's and 90's, so television moved to North Carolina, where it ended up being awesome. Oh yeah, and Connecticut still complains that they deserve television.

Bubbly reserve guard Tahirah Williams looks good on offense, picking up two points (she has 6 so far) on a nice post move, and then diving to the floor to pick up McFadden's fourth foul. The Holy Cross guard is finally out of the game.

Without McFadden in the lineup, I don't know if Holy Cross can win this game.

Renee Montgomery takes somebody's cookies, and makes a lay-up to make it 56-14. And then Jacqui Fernandes, who usually sees time late in blowouts, knocks down a 3(!). Her first three ever. From beyond the men's 3-point line. I think it's UConn night. It's 59-14 with 90 seconds left in the first half.

8:21 p.m. - And mercifully, the first half is over. That might have been one of the more absurd 20 minutes of basketball I've seen - and that doesn't count the CPTV shenanigans.

Some choice stats: Doty, Moore and Montgomery are all in double-figures. Nine UConn players have scored.

Also, the CPTV guy is guilt-tripping half the state into donating $1,000 to CPTV. "What will you do on those cold New England winter nights without women's basketball? We've been together for so many years, won't you call us now?"

I may have to save that line for my first wife.

Also, the UConn garden gnome is being called "Ge-gnome." That's actually so brilliantly awful, I wish I had thought of it. I don't know about you, but I am thoroughly entertained.

See you in the second half.

8:49 p.m. - Hey, where'd I go? As much as I've ragged on CPTV, I will say that the broadcast quality is pretty good, despite the video going out briefly a couple times. I just flipped past NESN and caught a blurry, amateurish production on another game.

I'd be lying if I said I wasn't losing my interest in the game. Luckily, we're already at 1400 words and there will probably be another post on the site by the time you read this.

Obviously, CPTV does not shop at Table Glick.

"We're going back to Gampel Pavilion right now, but WE NEED TO ROCK THIS HOUSE tonight!" Indeed.

A late surge from the Crusaders puts the score at the palindrome-tastic 82-28 with 7:30 to play.

9:16 p.m. - And Tahirah Williams finishes with 17 points, by far her career high. Tip of the hat on a game well-played.

It's 96-37 and Cassie Kerns will step to the line, looking to become the final UConn player to score.

Sidenote: UConn is 74-0 when Cassie Kerns enters the game. (OK, I made up that number, but that's the gist of it.)

Luckily, UConn will have to shoot once more in the final 30 seconds. GET IT TO KERNS!

Well, this has been something resembling fun. Hope y'all enjoyed it. Hey, CPTV, any last words? No? You're just going to creepily mentioning that CPTV is slated to receive money in someone's will?

Then somebody show me the garden gnome, and we are out! 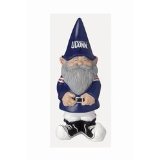 "Hey, Jerry, what were you saying off-camera, what you were going to put in this soup mug?"

"OK, maybe a little Tanqueray. Not that much though."

Seriously this time, that's it for me.