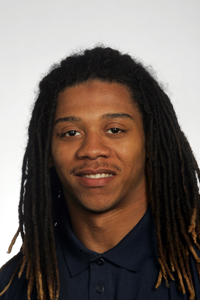 Junior running back Andre Dixon was arrested yesterday and charged with driving under the influence, according to the Hartford Courant. At the team's media day on Tuesday, coach Randy Edsall announced that Dixon would be suspended indefinitely for a violation of team rules. The suspension comes at the end of a tough year for Dixon, who lead the team in rushing last season, but was relegated to a much smaller role this year behind Donald Brown. For the season, Dixon had 42 rushing yards on nine carries and 8 yards on two receptions.