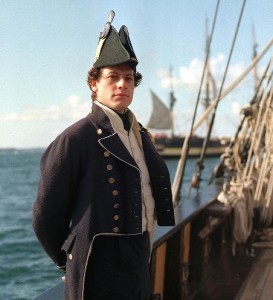 The Merchant Marine Academy in Kings Point, N.Y. was all set to travel to the Bronx to take on the SUNY-Maritime, the apparently state-run maritime academy, in a non-conference Division III men's basketball game Tuesday night.

Now, it's not so ridiculous that SUNY-Maritime is in the Bronx (the Harlem River is, of course, an invading navy's No. 1 target).

What makes this story so giggle-worthy is that the game never did happen.

And why is that?

The game was postponed due to water in the Privateers gymnasium.

Apparently the players were mystified by this clear, moist substance that they had never seen before.

I mean, really? These guys will eventually have to worry about transporting troops inside a war zone, and they're worried about H2O in a gym?

I fear for our national security, in the event that the Germans ever get their dreadnoughts back.

(Hey, as my Thanksgiving present to you, State of the Big East returns Thursday! Only without the football. You'll see.)