Share All sharing options for: Monday Links: The 'gate' is wide open 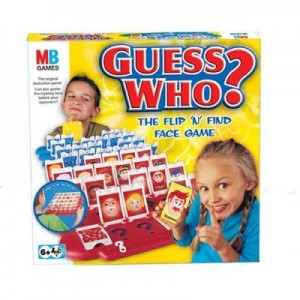 Will Cody Endres get his second start? Is Zach Frazer healthy enough to go? What about the water boy? ...

The newest turn in Concussion-gate '08 is an all-too familiar one.

On today's Big East conference call, UConn coach Randy Edsall said Zach Frazer and Saturday's starter Cody Endres will be listed as "Or" atop the depth chart. The two QBs held the same status for the backup role up leading up to Tyler Lorenzen's injury against Louisville.

Frazer played better in that week of practice, "winning" the backup role, and was thus entered into the game when Ty Ty went down.

Looks like injuries will again dictate who will win the "Or" battle. But who knows, really.

More Concussion-gate info, and a daily rant, after the jump.

"I'm not trying to start anything here and have you guys write, 'Randy got upset because somebody asked him a question about Andre.' There's nothing. There's no disciplinary action. There's nothing. [...] Please. If there was something wrong with Andre I would tell you."

Not to point out the pink elephant, but sounds like Randy got upset because somebody asked a question about Andre.

Two more points to make on the matter in my Rant of the Day:

1.) Wouldn't it be great if Edsall always referred to himself in the third person? Think about it. "Randy thinks the play-calling is fine." "Randy feels we're doing the best we can with our options." "Randy likes him the ladies."

And 2.) Is it me, or has Randy (which is what I'll be calling him from now on) been getting more upset with the media this season than usual? I wasn't on the beat last year, but I think with the increased interest in the team there has been increased interest in the media for certain things -- including the who, what, where and how about players' statuses -- he never had to deal with in eight of his 10 seasons. Think anyone cared if Shaun Feldsein would show up for UConn's showdown with Lehigh?

I understand coaches and reporters clash all the time. Just seems to me that Randy isn't liking the increased prodding and poking so much. If he continues to go down that path, I'm sure there's a job waiting for him where he doesn't have to deal with it as much.

Now back to your regularly scheduled links.