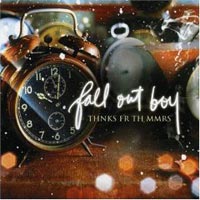 I'd like to thk u all fr th mmrs of Rutgers Hate Week.

Well, that about wraps up Rutgers Hate Week. It's been a hectic, fun week - I only wish I had more time to mock the State University of New Jersey. But alas.

I'm in New Jersey at this very moment, just about 8 hours away from making the trek down Route 287 to Piscataway, where it will then be on like Donkey Kong.

All that's left, between now and gametime, is for the fifth and final "Great Moment in Rutgers History" to be revealed. If I don't have that by kickoff, I'll try to have it up at halftime. It'll be like how ESPN revealed its No. 1-ranked "Greatest College Football Player Ever" at the Rose Bowl. Yeah … exactly like that.

I hope you've been amused/entertained/brought into a scarlet-hating frenzy at some point this week. I'll always know that, in the end, I amused myself. And really, since this gig doesn't pay a whole lot of money, that's all that matters.

So I'll leave you with a bullet-point preview for Saturday's game, plus a prediction:

I am inexplicably terrified of this game. Rutgers simply can't be as bad as they've looked. They were one play each away from beating West Virginia and Cincinnati; if UConn gets down early like they did against UNC, I'm skeptical of their ability to come back.

All that being said, your Cautiously Optimistic Official Game Prediction:

Enjoy the game. And Ruck Futgers.