So what is in the new academic plan anyway?

Share All sharing options for: So what is in the new academic plan anyway? 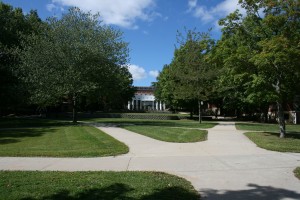 Last week UConn's Board of Trustees unanimously passed a brand new academic plan designed to guide the university for the next five years and propel the school into the Top-20 Public Institutions in the country. If you want to read the entire 49-page plan, you can check it out here, or, you can click through after the jump to find TheUConnBlog.com's quick, handy summary.

(And in case you are wondering -- no, the picture does not have anything to do with this, but after all the rain, who can complain about a look at a nice day on campus.)

The academic plan is a broad, general look at the school, but it does provide a nice compact view of UConn's near-term goals. The biggest and clearest of these goal's is UConn's desire to be ranked as one of the Top 20 Public Universities. The school fell from 24th to 26th this year, but according to most important metrics, it has been steadily improving throughout the last decade.

For the most part, the plan does not go into too much detail. Instead, it designates that job to individual departments, which will all be required to create their own conforming academic plans in the coming months.

It does however establish some key metrics and how the school hopes to improve by 2014. Some of the more interesting ones are:

Increasing the study abroad participation rate from 18 percent to 30 percent.

Expanding the honors program from 290 new students each year to 550.

UConn currently has 9 graduate programs ranked in the Top-25 nationally for public universities, the plan calls for that number to rise to 14.

The plan also aims to raise the value of UConn's endowment from $316 million to $505 million.

Another concept that is stressed is the need for UConn to invest its resources more selectively, especially in graduate programs, focusing the school's efforts on those with the best future prospects. The plan outlines areas that will receive the most attention, including those that are popular with undergrads, provide value to Connecticut's workforce and can help to attract outside funding or increase national prominence.

If you're looking for details, you can find them in Apendex II, but the gist of it (especially for graduate programs) is that:

"it is important for the University to track trends in doctoral programs and to take the bold but responsible step of identifying programs for sunsetting that do not warrant ongoing investment."

According to the plan, programs that do not meet certain requirements dealing with enrollment and doctoral degrees, will have to go through a review process, leading to a recommendation on whether to revive or kill the program.

So that's it -- UConn's hopes for the future are basically higher scores, better students, more money and better use of it.